2022 Election results are in
More Info

Turning up the heat on Big Tech

Ongoing apartheid violence in occupied Palestine, brutal anti-worker retaliation against organizing warehouse workers, and criminalization and violence against communities of color globally all depend on surveillance capitalism’s infrastructure – largely fueled by Amazon’s and Google’s military and police contracts. Join us for a panel bringing together movement voices who are turning up the heat on the unapologetic role of Google, Amazon, Zoom, Facebook and others in upholding and expanding the reach of state violence. 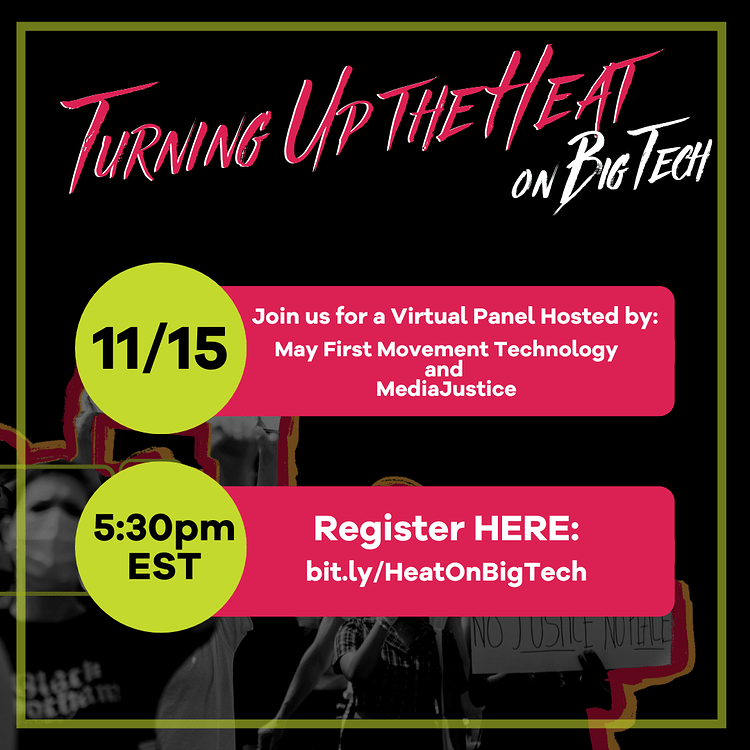